Obituary for Mark A. Sanchez 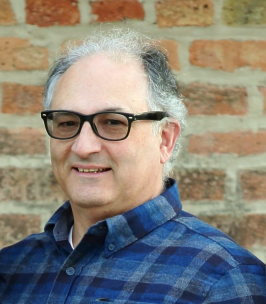 Mark Anthony Sanchez, 65 years old, of Chicago, Illinois, passed away suddenly on Wednesday, November 9, 2022 of a heart attack at his home.
Mark was first and foremost a man who loved and took care of his family. He was a wonderful husband, father and grandfather, holding the babies while they slept, sometimes for hours. He recently built crafts with his granddaughters. He played the guitar and enjoyed listening to music, the Beatles, ABBA, and much more while working out. His hobbies also included science fiction (Star Wars), movies (the Golden Age of Cinema), video games, and gardening.
Mark had a 30-year career with the Chicago Fire Department where he was dedicated to learning, teaching and saving lives. He rose through the ranks and retired as a Battalion Chief.
Mark was predeceased by his father, Richard Sanchez; his step-mother, Suzanne Sanchez; his brother, Ricky Sanchez; and his son-in-law, Nick Scott.
Mark is survived by his wife Frances of 41 years; his daughter Angela; his daughter Lisa and her husband Nathan; his son Jonathan and his wife Ashley; and his two wonderful granddaughters, Addison and Shae.
He is also survived by his sister, Vicky Harrison and her husband Tim ; his sister Anne Roberti; his brother Jon Howe and his wife Chris; his sister Sara Ryan; his brother Patrick Sanchez and his wife Marybeth; his sister Wendy and her husband James; and his brother Christopher and his wife Dianne; as well as many nieces, nephews and friends.
Visitation will be held on Monday, November 14, 2022 at Cumberland Chapels 8300 W. Lawrence Ave Norridge, IL 60706 from 10:00 am until the time of the Chapel Service at 12:00 pm.
Interment to follow at Elm Lawn Cemetery, 401 E. Lake St. Elmhurst, IL
In lieu of flowers, the family welcomes donations to:
CatNap from the Heart.org, 1101 Beach Ave, LaGrange Park, IL 60526
as Mark was a great rescuer and adopter of stray kitties over the years.