To share your memory on the wall of James Serritella, sign in using one of the following options:

Print
James A. Serritella, JD
Nationally renowned attorney, who represented the Archdiocese of Chicago for 50 years dies at 78.

James A. Serritella, J.D., an attorney who served as chief counsel and legal advisor to the Archdiocese of Chicago for nearly 50 years, died at Northwestern Memorial Hospital Friday, April 23, at the age of 78 from complications of heart disease.

Serritella was a named partner at the law firm of Burke, Warren, MacKay & Serritella where he served as chair of the Religious and Not-For-Profit Group. His nearly half century legal practice focused on legal needs of tax exempt religious and not-for-profit organizations. He advised four Cardinals, beginning with Cardinal John Cody in the 1970s and continuing through the administrations of Cardinal Joseph Bernardin, Cardinal Francis George and, currently, Cardinal Blase Cupich.

Serritella said, “The Church acts best when it acts as a Church.” He believed the Church should address the problem by having its own pastorally sensitive personnel reach out to those injured and try to help them. Guided by this belief, Jim was one of the chief architects of the Archdiocese of Chicago’s approach to the clerical sex abuse of minors. In 1991, Cardinal Bernardin appointed a special commission to study the matter and make recommendations for corrective action. The work of Jim and others, coupled with the Commission report inspired the development of revolutionary policies in 1992 that established a n Independent Review Board to assess abuse allegations and am Office of Victim Assistance. This groundbreaking approach was pastorally oriented and directed toward protecting children while treating survivors compassionately.

Serritella was the lead counsel for Cardinal Joseph Bernardin in Cook v. Bernardin, an accusation of sexual abuse against one of the foremost Catholic figures that shook the Catholic Church. His accuser recanted and Cardinal was exonerated of charges of sexual misconduct.

Serritella was also a fierce advocate for full disclosure and transparency for the Archdiocese of Chicago, a nearly unique practice among U.S. dioceses and often during times when many other dioceses were taking practices that were less transparent. Notably, in 2006 the archdiocese published a list of all clergy with substantiated allegations of child sexual abuse against them and in 2014 the archdiocese voluntarily released nearly 20,000 pages of documents related to these priests.

Serritella also had an enormous impact on a countless range of public policy and constitutional issues in the United States Supreme Court, Illinois Supreme Court, and other courts throughout the United States. These cases involved treatment of the seriously ill, education finance, taxation of exempt and not-for-profit organizations and religious liberty.

In the mid-1970s Jim helped the Catholic Conference of Illinois development legislation (the “Rock/Grotberg amendment”) requiring the Department of Children and Family Services to pay the full cost of services purchased from the private sector, enabling Catholic Charities and other private religious and secular organizations to continue programs such as foster care for decades afterward. Jim also represented the prevailing party in the constitutional and public policy landmark U.S. Supreme Court case of NLRB v. Catholic Bishop of Chicago which held that the schools operated by a church to teach both religious and secular subjects are not within the jurisdiction granted by the National Labor Relations Act, preserving protections for religious organizations and serving as a precedent that stands and has vitality to this day. Other significant cases included the Illinois Appellate Court cases of Grace Lutheran Church v. Lutheran Church-Missouri Synod, Galich v. the Catholic Bishop, and Catholic Bishop v. the Village of Justice, and the Circuit Court of Cook County case of Catholic Charities vs. Leahy.

Serritella’s career was also distinguished in his work related to religious freedom both within the United States and internationally. In the early 1990s, after the fall of the iron curtain, Serritella made several visits to Eastern Europe to participate in legal and constitutional consultations on religious freedom and not-for-profit law in the newly emerging democracies, notably in Budapest and Russia. He has written and lectured extensively on religious freedom and on legal issues affecting exempt organizations. He was a founder of the DePaul University College of Law Center for Church/State studies and served as chair of its Advisory Board. He was also a founder of the Center for Migration Studies in New York and an Associate editor of the International Migration Digest (now called the International Migration Review). Further, he has been involved in several hundred mediations over the course of his career, chiefly as a party representative, but occasionally as a mediator or advisor.

Serritella was also a tireless civic volunteer, with notable contributions to Catholic Charities, including founding the Catholic Charities Gala of the Arts with his late wife Ruby in 2002. He was also deeply involved in the Italian American community in Chicago and founded the “Forum Associates” which aimed to provide professional advancement and philanthropy to the Chicago Italian community. He was also a member of numerous professional and civic organizations including the Chicago, Illinois State, and American Bar Associations as well as the Canon Law Society of America and the Diocesan Attorneys Association. He was also a Charter Fellow of the Illinois Bar Foundation and Fellow of the American Bar Foundation.

Serritella was the recipient of numerous awards throughout his career. In 2012, Francis Cardinal George presented a Papal Degree from the Vatican that appointed Jim to knighthood in the Pontifical Equestrian Order of St. Gregory the Great, one of the five orders of knighthood from the Holy See, in recognition for Jim’s long and exceptional service to the Holy See and Church. Jim was also invited to the White House by President Jimmy Carter when John Paul II visited the United States in 1979. He was also awarded an honorary Doctor of Law Degree from North Park University, the John Courtney Murray Award from the DePaul University College of Law, the Rerum Novarum Award from St. Joseph Seminary, the Caritas Christi Urget Nos award from Catholic Charities of the Archdiocese of Chicago, the Pax et Bonum Award from the Franciscan Friars and the Outstanding Leaders Award from the Carmelite Order. He is also the author of “Religious Organizations in the United States, A Study of Identity, Liberty, and the Law” published in 2006.

Serritella was raised in the Taylor Street neighborhood, Chicago’s west side Italian American community. He was the son of Anthony Serritella, a civil servant at the Chicago Board of Education, and Angela Serritella (nee DeLeonardis). His family originates from Ricigliano, a small central Italian mountain town. Serritella studied to be a priest for ten years with the Missionary Fathers of Saint Charles (known as the Scalabrinians). He left the seminary before ordination to pursue a career in public life and service. He studied economics and law to transition to the secular world. Serritella received a Masters from the Committee for the Analysis of Ideas and Study of Methods at the University of Chicago and his J.D. from the University of Chicago Law School in 1971. He held a B.A. from St. Charles Seminary College of Liberal Arts and a second bachelor’s degree from the Pontifical Gregorian University in Rome.

Serritella was married to his wife Ruby (nee Amoroso, parents Ventu and Mildred Amoroso) from 1981 until her death in 2009. They had one son, Anthony V. Serritella, M.D., 36. Jim invested significant time chronicling the history of his family, including compiling extensive family histories for his own and his wife’s families, self-publishing several large editions on the subject. Numerous projects were ongoing at the time of his death.

Anthony Serritella on Monday recalled playing with toys on the floor of the late U.S. Supreme Court Justice Antonin Scalia’s Washington office on visits with his father, who was close friends with the jurist.

“When I was an adolescent, I remember telling my father, ‘I’m seeing all these other people take shortcuts. Why should I do the right thing?’” he said.

The family invites all who wish to celebrate and remember Serritella’s life to a public wake at Holy Name Cathedral, 735 N. State St. in Chicago, on Thursday, May 6th, beginning at 4 p.m. and concluding at 7 p.m. Advance pre-registration for the wake is recommended ( Click here to register ) to expedite entry and to comply with COVID-19 safety protocols. On-site registration will also be available.

The funeral mass will also be held at Holy Name Cathedral on Friday, May 7th celebrated by Cardinal Blase Cupich. Burial will follow Mass at Queen of Heaven Cemetery in Hillside, Illinois.

Invitations will be sent out separately for both a private remembrance service after the wake and the funeral mass. Complimentary parking will be available for all events held at Holy Name Cathedral at the Loyola University Parking Lot (20 W. Chicago Avenue, between State and Dearborn streets).

Donations are being accepted for: CATHOLIC CHARITIES OF THE ARCHDIOCESE OF CHICAGO.

We encourage you to share your most beloved memories of James here, so that the family and other loved ones can always see it. You can upload cherished photographs, or share your favorite stories, and can even comment on those shared by others.

Posted May 07, 2021 at 03:11pm
"Si conosce per il seme".Jim was the son of a diligent incorruptible civil servant who served as City Sealer.
We attended Our Lady of Pompeii Grammar School together.And as bright as Jim was, we were both outshone
by Carol"Cookie" Esposito both in grades and in physical appearance.
His nickname at O.L.P.  was "Jungle Jim" after a White Sox player of that era.
Ave atque vale, friend of my childhood.
Michael Libonati
Comment Share
Share via:
DF

Posted May 06, 2021 at 08:27pm
I am so sorry for your loss. My Mom, Rose Pascente Freda, was close to James' Mom and I remember her telling us years ago how proud Angie was of James. After reading his obituary, I know she certainly would have been very proud of all of his accomplishments over the years. The legal community and Chicago Archdiocese lost an amazing person.
Anthony and Camille, may all of your fond happy memories help keep your Dad and brother alive in your hearts. My deepest condolences to you and the rest of your family. Donna Freeman (Rose and Dominic Freda's daughter)
Comment Share
Share via: 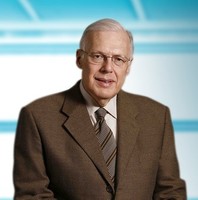